As we wrap up another school year, our chapter and chapter president have received local and national recognitions that we wanted to share:

The American Constitution Society was named “Student Organization of the Year” at the 2017-2018 SBA Awards program as recognition of the many successful events and programs this year.

At the same event, 2017-2018 Chicago-Kent ACS President Katherine LaRosa was inducted into the Bar & Gavel Society:

Each year the American Constitution Society uses Next Generation Leaders (NGL) program to identify recent and forthcoming law school graduates who have demonstrated special leadership in their work with ACS’s student chapters, and who have the interest, skills and ability to remain vital members of the ACS community for years to come.

Our chapter was also recognized as one of the 2018 ACS Program Awardees: 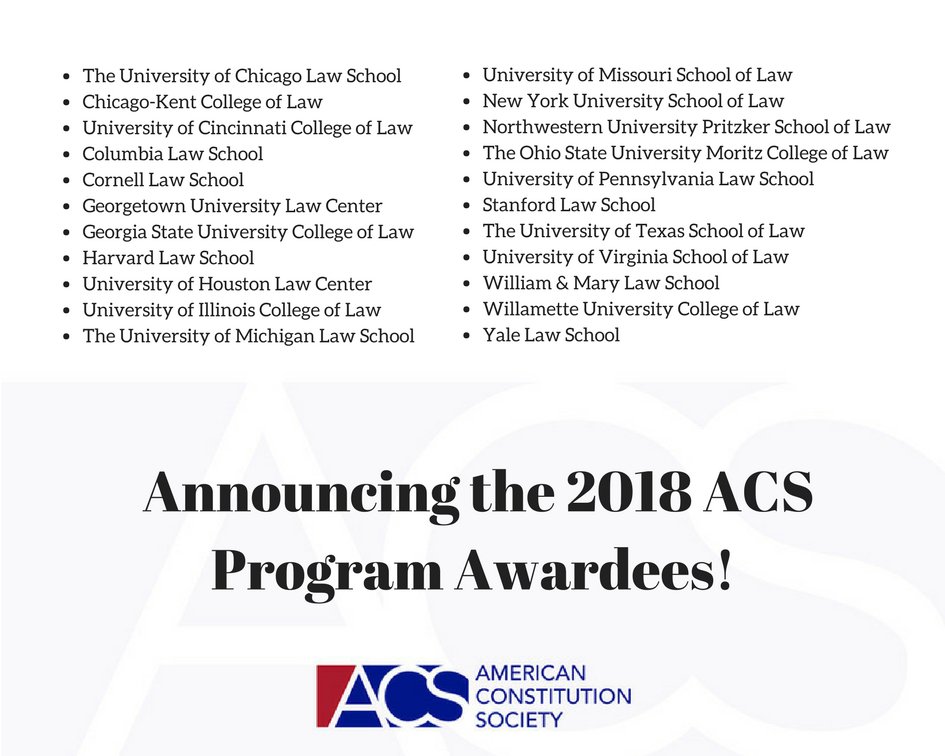