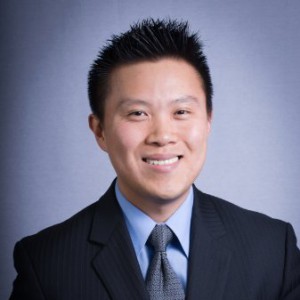 Peter’s work with ACS has been at the core of a fulfilling law school experience. He began as Technical Coordinator during his first year at Chicago-Kent, revamping the Chapter’s website and establishing a social media presence. During his second year, he served as Vice-President, focusing on ensuring that the Chapter continued to deliver quality programming for the law school community. Now as President in his third year, he will continue to lead the Chapter in upholding its tradition as one of the most active ACS student chapters in the nation while also expanding its leadership role within the Chicago-Kent and Chicago legal community as a prominent advocate for a vision of the law that serves as a force to improve the lives of all people.

In addition, Peter has contributed to the law school community through his work as Vice President of the Moot Court Honor Society, Executive Articles Editor of the Law Review, and Founder and President of the first law student division of the Federal Bar Association in the Chicago area. In the classroom, he has been a Teaching Assistant for classes in Criminal Law, Torts, Property, and Legal Writing, as well as a Research Assistant for The Oyez Project. Following his first year, Peter served as an Extern for the Honorable James B. Zagel in the United States District Court for the Northern District of Illinois. After his second year, he worked as a Summer Associate at Skadden, Arps, Slate, Meagher & Flom LLP.
Peter earned a B.A. in History, Political Science, and French, and a B.S. in Mathematics from Indiana University. He was also Vice-President of the Indiana University College Democrats. Prior to law school, he worked in an immigration law firm developing ideas and skills on project and practice management in a legal environment while assisting his fellow new Americans in their journeys through the immigration process. In his spare time, he enjoys readying about history, exploring our spectacular national parks and monuments, and playing tennis and basketball. He continues to wait in eager anticipation of the Chicago Bulls’ seventh NBA championship.