We are writing to make one final argument for a mandatory P/F grading policy as the pandemic is evolving and more information is available now. The shifting balance between the decreasing power of letter grades to measure learning and the increasing community efforts to mitigate a P/F grading on job prospects favors a swift policy change.

Chicago has become one of the epicenters of this crisis, characterized by its low testing but high growth in confirmed COVID-19 cases. We see more and more families and students are affected very significantly by the pandemic everyday, and it is projected to get much worse in coming weeks. Thus, It is increasingly unlikely that any attempt to provide a letter grade a month from now will be able to measure student’s learning and efforts. Instead, such letter grades will become a measure of students’ fortune of escaping the effects of the crisis. Many of our diverse students with less resources and more family responsibilities are most likely to be disfavored by the current grading policy as the crisis is worsening by the day.

On the other hand, the concern of a mandatory P/F grading’s perceived impact on job prospects has been lessened significantly by the outpouring of support from the legal community. A vast majority of law schools across the nation have moved to mandatory P/F grading, including local law schools such as Northwestern and Loyola Chicago (see the complete list grading policy change here). Furthermore, many law school career offices have worked with firms to successfully move their OCI events to a later time so that getting letter grades in spring is no longer significant for 2L summer jobs (see the complete list of OCI change here). We are confident that our career office team who is working tirelessly around the clock will be no exception.

Chicago-Kent has been committed to fostering diversity for more than a hundred years since its inception. We are hopeful that the school will acknowledge the disparate impact on diverse students by this pandemic, and adopt a mandatory P/F policy. Knowing this health economic and emotional crisis is far from reaching its peak, we believe it prudent to err on the side of equity and compassion.

In response to a global pandemic and recession that is worsening by the day, Chicago-Kent faculty voted in favor of a grading policy to relax the 1L grading curve and provide a Pass/Fail option for grades that are below B. In her announcement, Dean Krug explained that the decision by the law school faculty was intended to “support the most learning for the most students under extraordinary circumstances.” Importantly, Dean Krug emphasized that this proposed policy should “protect” and “increase” students’ competitiveness in the job market.

For the reasons set forth below, we respectfully disagree and ask that you reconsider the announced policy.

The proposed policy will legitimatize or even encourage academic misconducts that violate the unfair competition clause under the Code of Conduct (see Chicago-Kent Student Handbook Sec. XIX § 2-1 as of March 25, 2020). Under the new policy, a single parent student cannot mask a B grade after underperforming on the exam while caring the kids during the crisis; but another student with no family responsibilities from the same class can mask a C grade after putting in minimum work strategically. An arbitrary line of optional P/F creates incentives for abusing the system. We have no way to prevent or detect such misconducts and thus reject this perverse system.

We also reject the suggestion that the proposed policy will promote equality because it is discriminatory by effect. By no fault of their own other than embracing their socioeconomic background and family obligations, students are disproportionally affected by this unprecedented health, economic, and emotional crisis. Telling those vulnerable students to proceed with the exams as usual and discounting their struggles, the proposed policy will abandon those who need our compassion and support the most during this difficult time. As Dean Krug rightly pointed out that “grades are important,” any grading policy that institutionalizes inequality by protecting the grades and ranks of one group of fortunate students at the cost of other vulnerable students is against what our law school community values and stands for.

Lastly, despite good intentions, the proposed policy does not protect our students in the job market; in fact, it will hurt the school’s reputation both in the short term and the long term. Chicago-Kent faculty seems to have adopted the view that the crisis has put all the U.S. law schools in a prisoner’s dilemma—if most schools stop giving grades and we don’t, our students will get ahead. This is not an optimal solution or in game theory, a Nash equilibrium. In other words, without integrity and equality, nobody can get ahead.

We are heartened by the outpouring support from the legal community—the vast majority of law schools have either elected mandatory P/F or optional P/F without GPA constraints; firms and law departments are moving OCI events to a later time to accommodate all. Chicago-Kent’s proposed grading policy will undermine a united effort to lift up all the law school students and cause irreparable damage to its own brand.

The most important learning for the most students under extraordinary circumstances is to learn integrity, equality, and compassion in life. We failed to see any of them in your proposal.

Court Hearing at the Daley Center with China Law Society 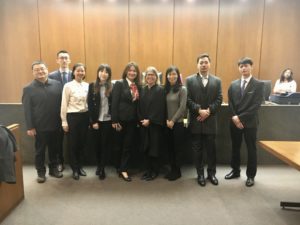 Judge Mary Colleen Roberts invited our CLS students to sit in the jury box and listen to the cross-examination of an eminent domain case. After the hearing, Judge Roberts stayed for an Q&A session with us. Thanks Juan Luo for organizing the event. 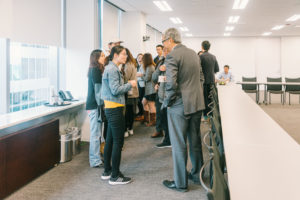 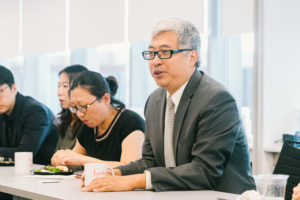 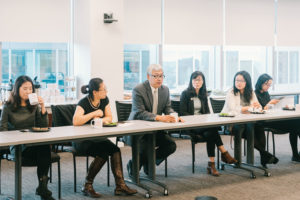 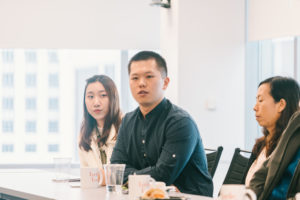 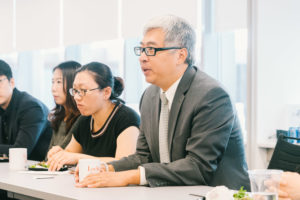 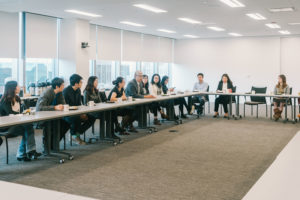 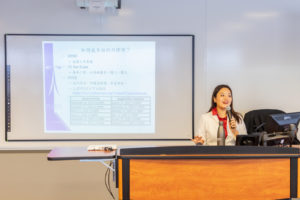 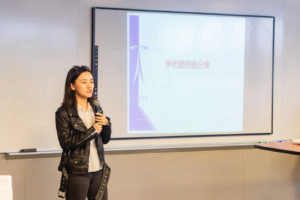 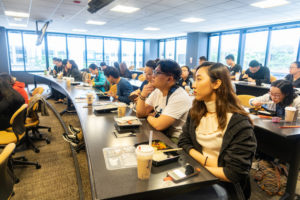 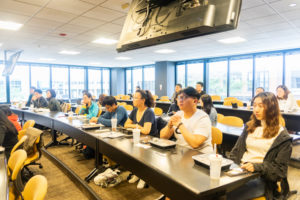 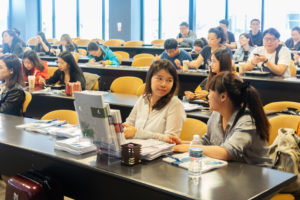 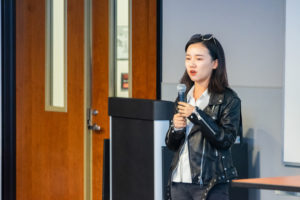 Pictures from Lunch & Learn for LLM and International Students 9/26 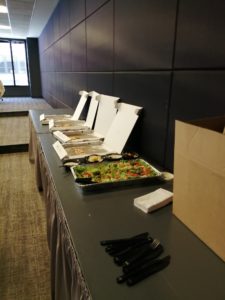 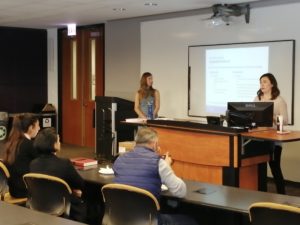 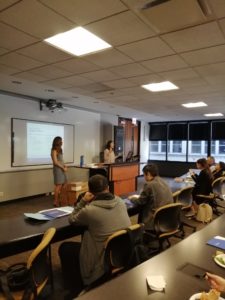 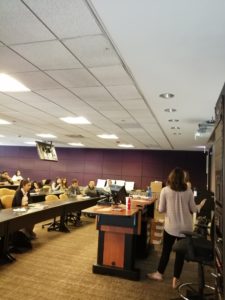 You did it. We couldn’t be happier for you. Congrats! 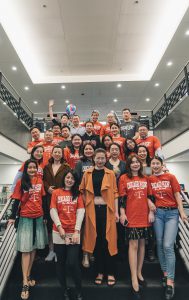 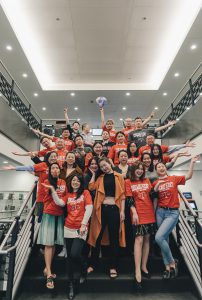 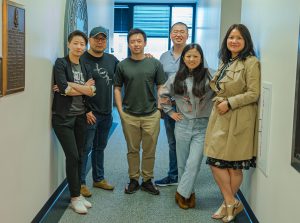 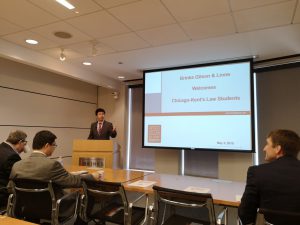 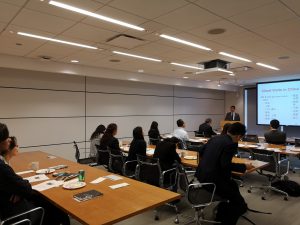 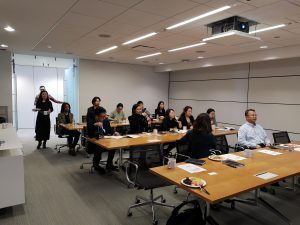 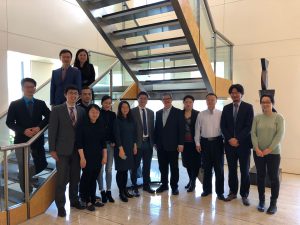 Pictures from the Bar Prep and Pizza Power Lunch 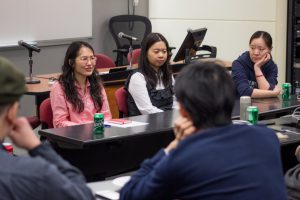 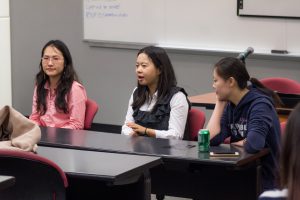 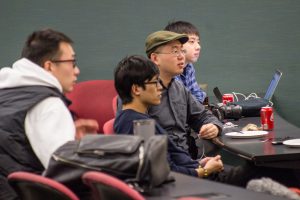 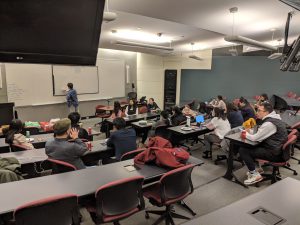