Presented in partnership with The Institute for Law and the Humanities 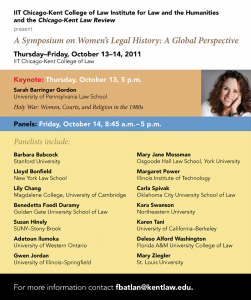 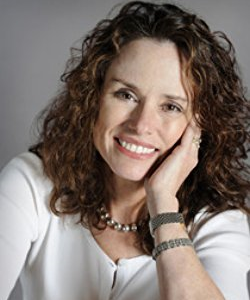 A member of the University of Pennsylvania faculty since 1994, Sarah Barringer Gordon is a widely recognized scholar and commentator on religion in American public life and the law of church and state. Her first book, The Mormon Question: Polygamy and Constitutional Conflict in Nineteenth-Century America (University of North Carolina Press, 2002), won the Mormon History Association’s and the Utah Historical Society’s best book awards in 2003. Her most recent book, The Spirit of the Law: Religious Voices and the Constitution in Modern America (Harvard University Press, 2010), explores the world of church and state in the 20th century. Professor Gordon holds a bachelor’s degree from Vassar College, a J.D. and a master’s in divinity from Yale University, and a Ph.D. in history from Princeton University.

Panel 1: Law, Gender, and Politics in the “Old World”

Panel 2: Law and Women’s Activism in an International Context

Adetoun Ilumoka, Assistant Professor, University of Western Ontario, Canada
Globalization and the Re-Establishment of Women’s Economic and Social Rights in Nigeria: The Role of Legal History

Margaret Power, Professor of History, IIT Lewis College of Human Sciences
Puerto Rican Women Nationalists vs. U.S. Colonialism: An Exploration of Their Conditions and Struggles in Jail and in Court

Panel 3: Women Professionals, Law, and the Creation of International and Interdisciplinary Dialogues

Gwen Jordan, Associate Professor, University of Illinois at Springfield
And the World Does Move: Black Women Lawyers in the Long Civil Rights Movement

Deleso A. Alford, Associate Professor of Law, Florida A&M University College of Law
Acknowledging the History of Women in the Tuskegee Study of “Untreated Syphilis in the Male Negro”