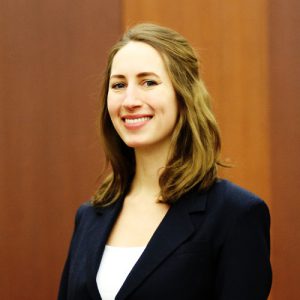 I am a 3L at Chicago-Kent and last year’s Immigration Law Society president. I’ve had the privilege of putting this trip together with Joanna Martin.

I began my first job as an immigration advocate four years ago, during the same summer that tens of thousands of children from Central America arrived at the southern border. I remember reading story after story, about kids rode through Mexico atop a train called “La Bestia” (“The Beast”) en masse, leaving their homes, crossing into the U.S. to the hands of border security agents who would place them in detention.

Fast forward to today. While no longer in the news cycle, violence, particularly gender-based violence in Guatemala, El Salvador, and Honduras persists. Women and children still seek refuge and the U.S. government still interns them. In some ways, the situation seems even more grim than four years ago, especially given that our government is run by an unhinged despot and a (mostly) spineless Congress.

Yet even considering the disorientation of the past couple of years, planning and preparing for this trip has left me completely energized. Student advocates like Joanna, supportive faculty like Professor Batlan, and dedicated alumni like Samantha Lloyd, not to mention the ten other Chicago-Kent students, have all shown amazing commitment to immigrant and refugee rights and to ending family detention.