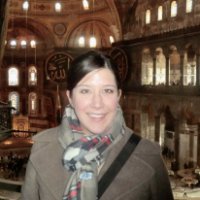 After her first year of law school, Tyra participated in the Mediation and ADR clinic at IIT Chicago-Kent and became a volunteer mediator with the Center for Conflict Resolution. In addition to her enthusiasm for public service, Tyra has developed an interest in corporate law through her externships with DLA Piper and Accenture during the Spring 2013 semester and, currently, the legal group at Merieux NutriSciences Corporation.

Tyra serves as managing editor for the Chicago-Kent Journal of International and Comparative Law and is a research assistant for Professor Martin Malin and Professor Jerry Goldman. In her free time, Tyra enjoys traveling, cooking, and playing with puppies.