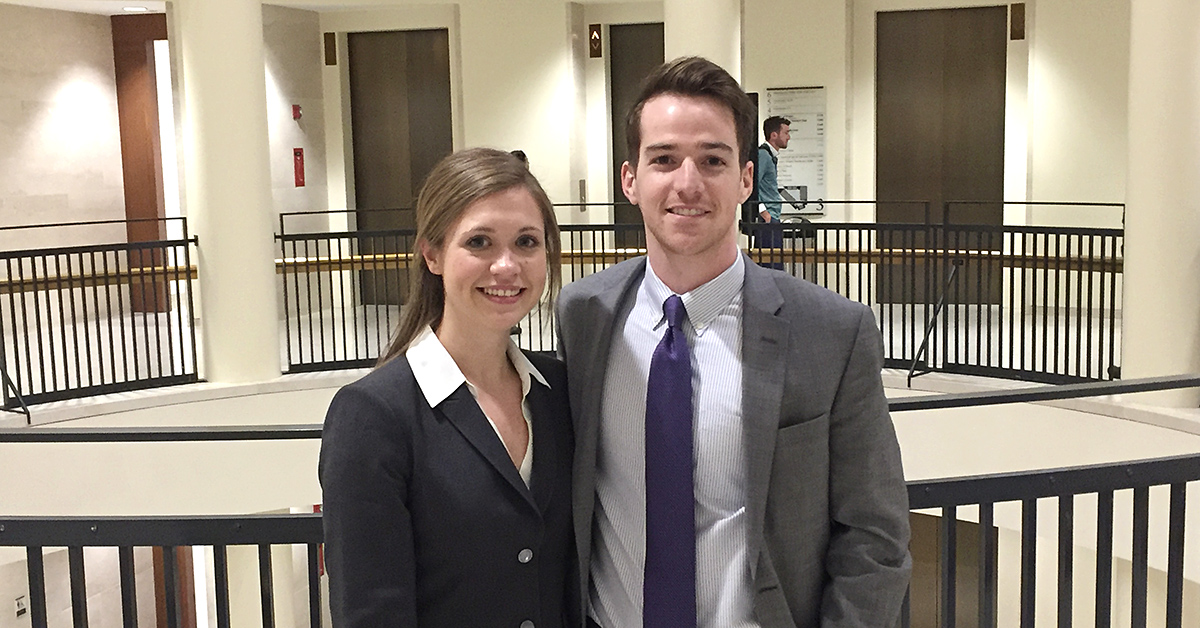 Congratulations to Stephanie Flowers ’18 and Quinn Ford ’18, who won a regional championship at the 2017 ABA National Appellate Advocacy Competition regional tournament, held March 2 to 4 in Boston!

Stephanie and Quinn will compete in the national tournament April 6 to 8 in Chicago.

Great news from Boston: Quinn & Stephanie have strung together clutch wins & advanced to the final round in the… https://t.co/Os6I606xYX