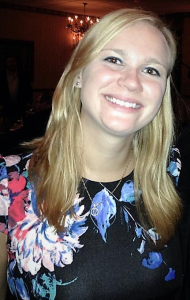 Alice was born in Chicago and has lived either on the north side or in the north suburbs her entire life. She attended Northwestern University after receiving the Chick Evans scholarship and graduated with a B.A. in Sociology.

Before starting law school, Alice was a police officer for the City of Evanston for five years. In the summer after her 1L year, she worked as a judicial extern for the Honorable Matthew Kennelly in the U.S. District Court for the Northern District of Illinois. During her 2L year, Alice was a law student extern for the United States Attorney’s Office. In the summer of 2018, she was a law clerk in the Federal Civil Rights Division for the City of Chicago, Department of Law. In her spare time, Alice volunteers with Adopt-A-Pet, Inc., takes long walks with her rescue dog Oliver, and plays baritone saxophone in a big band.