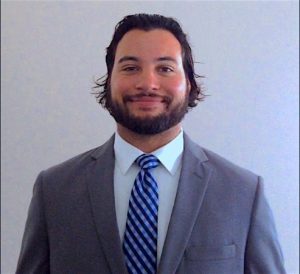 Jack grew up in Naperville, Illinois, and received a B.S. degree in Health Science from Purdue University in 2016. At Purdue, Jack played left field for the Men’s Baseball team and worked as a teaching assistant for several biology courses.

While in law school, Jack served as a judicial extern to judges in both the Circuit Court of Cook County and the Illinois Appellate Court. Jack is currently a summer associate at Jackson Lewis P.C., where he hopes to return after graduating.

In addition to being the Editor-in-Chief of the Law Review, Jack is also a senior member of the Moot Court Honor Society and a teaching assistant for first-year legal writing classes. This year, he will have articles published in both the Chicago-Kent Law Review and the Benefits Law Journal. In his spare time, Jack enjoys making his mother’s famous pasta sauce and following his friends’ professional baseball careers.