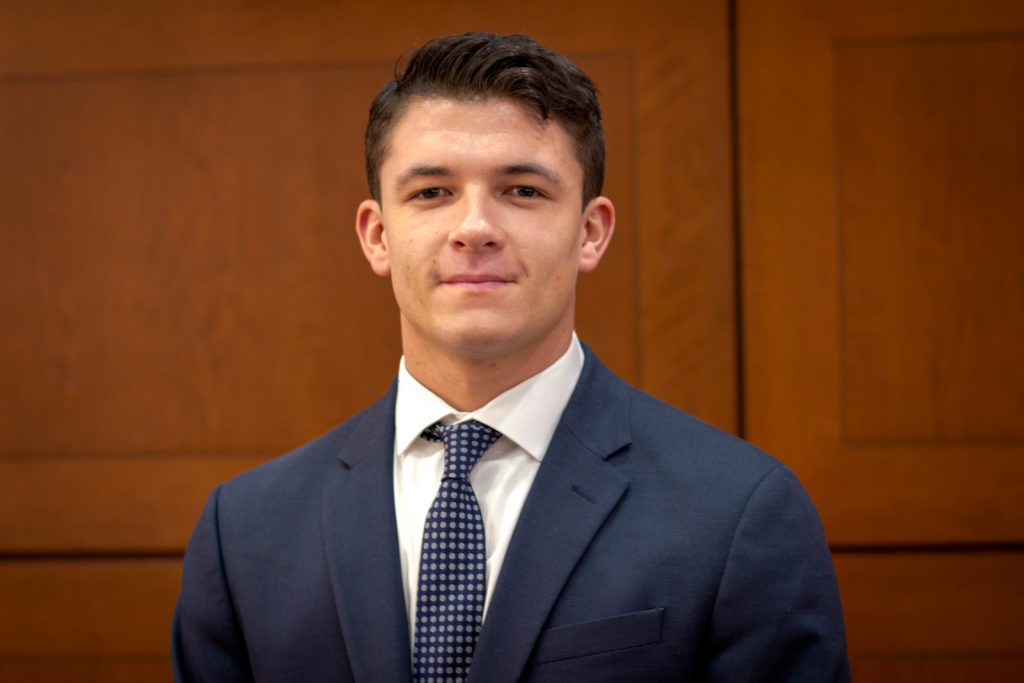 Bill is from Plainfield, Illinois, and received a Bachelor’s degree in Political Science from the University of Illinois at Urbana-Champaign. At Illinois, Bill was a central defender for the Men’s Club Soccer team and worked as a bartender for one of the local establishments.

During law school, Bill has served as a judicial extern in the Northern District of Illinois and as a legal extern at the Commodity Futures Trading Commission. Bill spent his 2L summer at Hinshaw & Culbertson LLP as a summer associate and hopes to return there after graduation.

In addition to being the Editor-in-Chief of the Law Review, Bill is a teaching assistant for a first-year legal writing class. This year, he will have an article published in the Chicago-Kent Law Review. Bill enjoys playing in various soccer leagues around Chicago and listening to music in his free time.