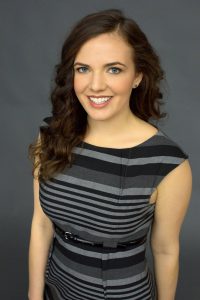 Samantha Lloyd is an immigration attorney and Kent grad. She joined the students as our supervising attorney for the 2018 Spring Break Dilley trip.

Samantha Lloyd is an Illinois native – graduating from Chicago-Kent College of Law in 2013 and from the University of Illinois in Urbana-Champaign in 2008 with a double-major in Political Science and Spanish. Samantha is a fierce immigration advocate, and she frequently participates in pro-bono clinics assisting foreign nationals to become citizens.

Samantha was compelled to volunteer at the detention center in Dilley, Texas when she heard another immigration attorney speaking about her experience working with the women and children asylees and the horrible conditions that exist in the detention center. Although Samantha did not have prior detention experience, she realized that as an attorney who spoke Spanish she was able to help in a way that others could not.

Samantha was also one of the first attorneys on the scene when President Trump’s travel been went into place last year, and she was featured on ABC news:

She was also quoted, among others, by the Wall Street Journal: