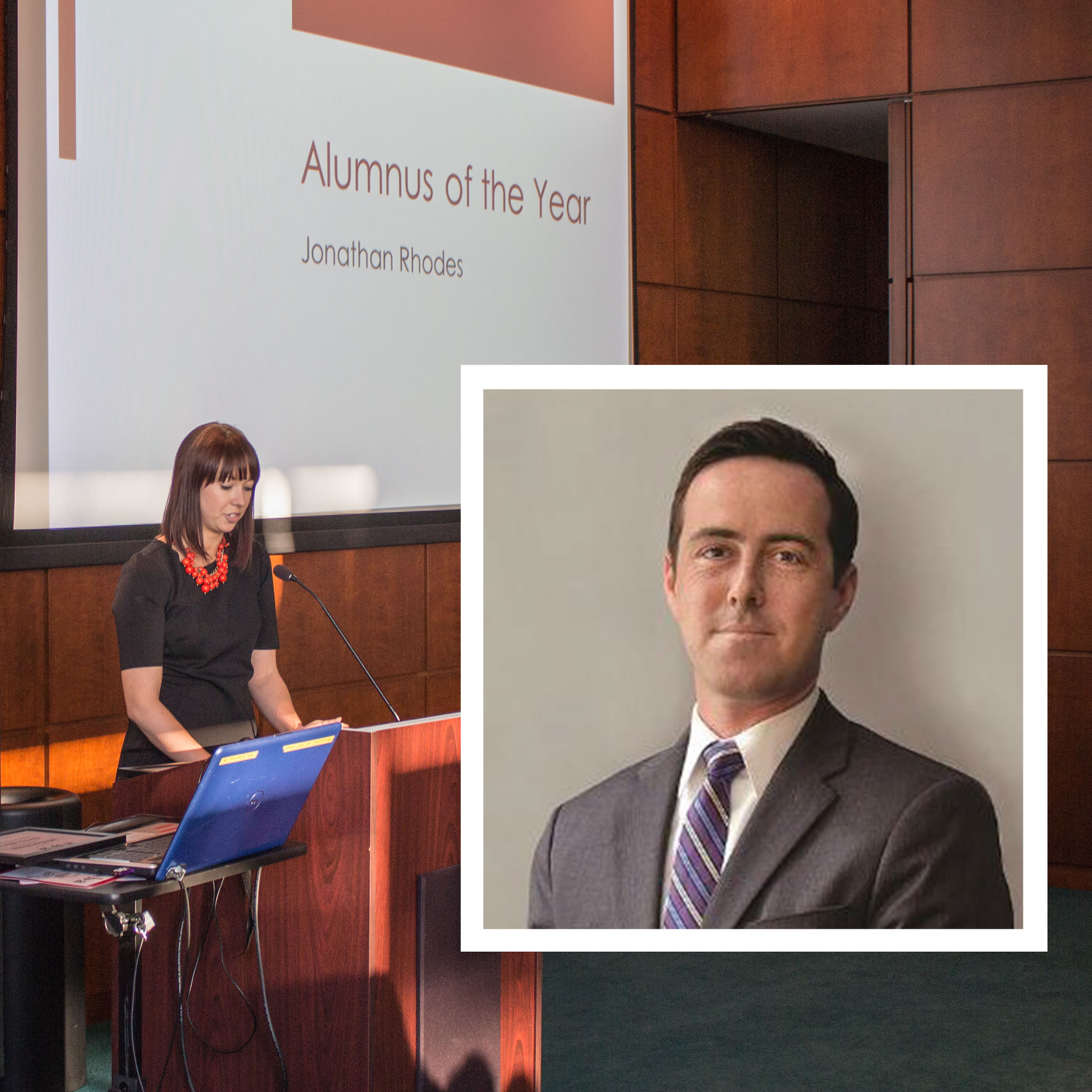 Alumnus of the Year – Jonathan Rhodes

Jonathan is now the Executive Director of the Louisiana Civil Justice Center (LCJC), Louisiana’s statewide legal assistance and disaster response hotline serving low-income and other underserved populations. While at Kent, he went to New Orleans six times with the Student Humanitarian Network and developed strong relationships in the city. After graduation, he moved to New Orleans and has worked in legal aid ever since.

This year, Jonathan provided a unique opportunity for SHN to work with Louisiana Civil Justice Center for a week. He organized community lawyering projects and took SHN
around the city to see the devastation of Hurricane Katrina and the great need that still
exists in the city. He also allowed SHN to participate in local court help desks. Jonathan
went above and beyond to give back to the Chicago-Kent and the SHN volunteers, and he deserves the recognition for doing so.