In light of the recent trend of federal judiciary nominees refusing to answer questions on Brown v. Board of Education during confirmation hearings, we are pleased to offer an early look at Professors Lori Ringhand’s and Paul Collins Jr.’s article, Neil Gorsuch and the Ginsburg Rules, featured in our forthcoming Volume 93, Issue 2!

In their article, Professors Ringhand and Collins empirically show that the so-called “Ginsburg Rule”—judicial nominees’ practice of avoiding opining on previously decided Supreme Court cases—is both erroneously attributed to Justice Ginsburg and is more accurately described as encompassing two rules: nominees rarely answer questions about currently contested constitutional controversies, but they routinely affirm the correctness of settled and well-accepted cases. Ringhand and Collins argue that a shift away from this second practice undermines the value of the confirmation process as a way for society to “affirm our shared constitutional commitments.”

Neil Gorsuch and the Ginsburg Rules was presented last fall as part of ISCOTUS‘s “The Supreme Court and American Politics” symposium. The full symposium will be published in Volume 93, Issue 2 this summer.

Click through below to read Neil Gorsuch and the Ginsburg Rules 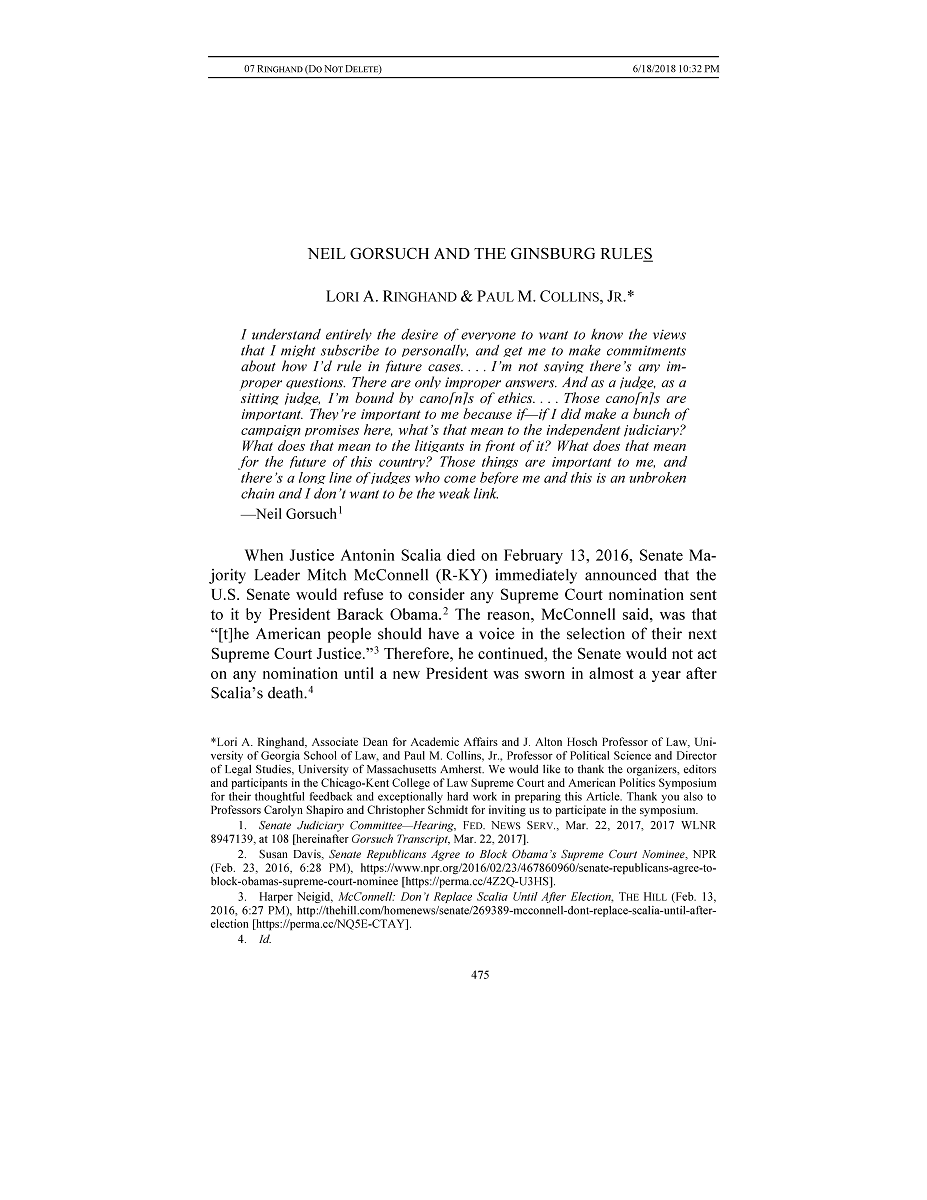