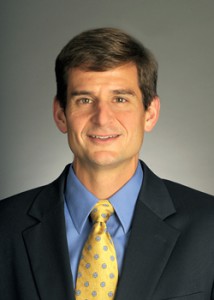 A member of the IIT Chicago-Kent faculty since 2008, Professor Schmidt teaches in the areas of constitutional law, legal history, comparative constitutional law, and sports law. He has written on a variety of topics, including the political and intellectual context surrounding the U.S. Supreme Court’s landmark decision in Brown v. Board of Education, the Tea Party as a constitutional movement, how Supreme Court Justices communicate with the American people, the Supreme Court’s decision in the health care case, and the rise of free agency in Major League Baseball.

His book The Sit-Ins: Protest and Legal Change in the Civil Rights Era was published by the University of Chicago Press  in 2018. He is working on a new book project, Civil Rights: An American History, which examines how Americans have struggled over the meaning of “civil rights” from the Civil War through today.

Professor Schmidt is also a faculty fellow at the American Bar Foundation, where he serves as the editor of Law & Social Inquiry. Professor Schmidt has received fellowships from the American Society for Legal History, the Miller Center of Public Affairs at the University of Virginia, and the Center for American Political Studies at Harvard. His article Divided by Law: The Sit-Ins and the Role of the Courts in the Civil Rights Movement won the 2014 Association of American Law Schools’ Scholarly Papers Competition and the 2016 American Society for Legal History Surrency Prize.

Professor Schmidt earned a J.D. from Harvard Law School, a Ph.D. in the history of American civilization and an M.A. in history from Harvard University, and a B.A. from Dartmouth College. While in law school, he served as executive articles editor for the Harvard Civil Rights–Civil Liberties Law Review.