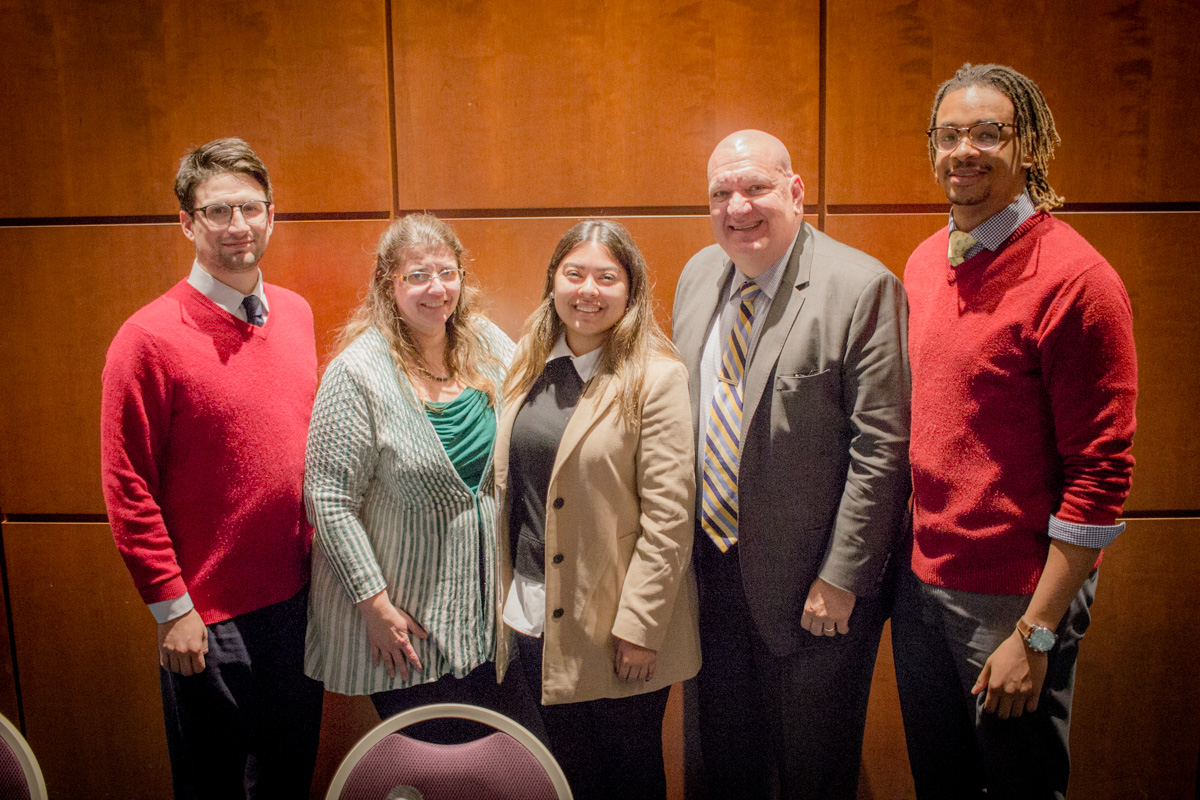 This recap is cross-posted from the CK-Now blog. The following discussion reflects the panelists’ positions.

On October 16, Chicago-Kent’s ACLU student chapter and the Immigration Law Society partnered to bring together Professor Carolyn Shapiro and Ed Yohnka, the director of communications for the ACLU of Illinois, to discuss misinformation surrounding immigration at our border and the use of family separation as a scare tactic to inhibit immigrants and asylum seekers from entering our country.

Over 40 students and faculty attended the event to hear how the ACLU is challenging the Trump administration and to gather more insight into how the administration plans to handle future immigration issues.

Professor Shapiro began with a historical perspective, citing statistics indicating that undocumented immigration is down across the board. The main reasons for immigration are directly related to economic opportunities. Shapiro also emphasized that the people coming to our border are not Mexicans. Rather, they are from El Salvador, Honduras, and Guatemala.

These countries are suffering from poor economic status and are filled with intense gang-related violence and drug cartels. In 2016, El Salvador had a higher homicide rate than Syria.

People who are coming to our border are trekking on foot with their children over 1,000 miles on desert terrain with very little food or drink.  Professor Shapiro emphasized that no one is making that 1,000-mile journey on foot just to take a job. They are committing to this long, harsh journey out of pure fear for their lives.

Professor Shapiro and Mr. Yohnka reiterated that it is completely legal for immigrants, under both U.S. and international law, to ask for asylum. Once they ask for asylum, they go through a “credible fear interview,” which details why they are fleeing their country.

U.S. Attorney General Jeff Sessions implemented a zero-tolerance policy at the border in April 2018. In June 2018, he extended this policy to reject immigrants who fled their countries due to domestic or gang violence. This is against the law. Border patrol has also been told not to accept any more asylum seekers. This is also against the law.

Yohnka noted that the foundational case Reno v. Flores stipulates that border patrol and ICE cannot hold children without their parents for very long. During the Obama administration, they tried to avoid this by detaining the whole family, but the courts denied this action, stating that detention time limits apply to families, too.

Yohnka said the Trump administration has gone beyond challenging that court case and is now just defying it as our government builds tent cities at the border to detain immigrants and asylum seekers.

How the Family Separations Became Public

The ACLU was notified when an immigrant woman from the Republic of Congo had her child detained. She and her daughter fled out of fear of being killed due to ethnic strife. They arrived on a cargo ship in San Diego with just the clothes on their backs. Shortly after they were accepted into the country, ICE told the woman that they were taking her daughter to Chicago.

Not knowing what “Chicago” meant, and wanting to appease authorities, the mother agreed and her daughter was taken. The ACLU helped the mother get her child back, but only after they had already been separated for 4 months. The mother lost weight as well as her teeth due to stress and worry over her daughter.

The ACLU first thought this case was an anomaly, but once it became public, over 300 more individuals reached out describing the same situation. Then, due to Jeff Session’s zero-tolerance policy, 300 turned into 3,000.

The Reality of Family Separation

Yohnka told listeners that this administration is not actively trying to remedy the chaos they caused. Instead, they are planning to detain and separate more families regardless of the law.

What Can We Do and Student Questions

VOTE for candidates who are determined to hold the administration accountable. Donate to organizations that will help immigrants entering the country feel protected and ensure that due process is happening.

Professor Shapiro also recommended the Slate article “Here’s How You Can Help Fight Family Separation at the Border” by Dahlia Lithwick and Margo Schlanger from this summer:

A student inquired whether a counter-narrative could be that this strict border patrol is helping obstruct human trafficking. Shapiro responded that only one to two percent of trafficking happens at the border.