In a surprise moment of bipartisanship for a typically divided Congress, the House of Representatives on September 25 passed HB 1595, the Secure and Fair Enforcement Banking Act (“SAFE Act”) by a vote of 321-103.[1] The SAFE Act protects financial institutions providing services to cannabis-related legitimate businesses (“CRLBs”), including banks, credit and loan providers, and insurance agencies.[2] Such institutions would be protected from federal regulators taking adverse action against them for their participation in the legal cannabis industry.

Many industry insiders see the SAFE Act as a huge boon. Despite being an 8 billion dollar market in the United States, most cannabis business has historically been conducted in cash, due to a lack of available credit and banking services.[1] This has led to higher transaction costs, an inability to receive loans and other forms of financial assistance, and a higher degree of tax diversion than is seen in other, similar industries.[2] It also has left the industry open to theft and violence, including the murder of a Denver man outside a dispensary in 2016.[3]

Taking the cash out of the industry could make everyone safer and make business run smoother in a variety of ways, from sales to payroll, insurance, and taxes. The SAFE Act could also bolster the legitimacy and stability of the budding marijuana industry by giving the biggest financial players a seat at the table, with all their attendant political power.

Yet for some activists, this is also the bill’s biggest downside.[4] By providing federal protections for large financial institutions before such protections are extended to ordinary citizens participating in the industry, the SAFE Act could potentially exacerbate inequalities and undercut efforts to build social equity into the foundation of the cannabis industry.[5] It is also feared that the SAFE Act could derail more comprehensive efforts to protect and regulate cannabis at the federal level, by separating the interests of banks from those of the industry at large.[6]

The SAFE Act is one of several pieces of cannabis legislation currently moving through the Congress. Another, the Clarifying Law Around Insurance of Marijuana Act (“CLAIM Act”) would provide further protections for insurance companies insuring the cannabis industry[7]. And a third, the Marijuana Opportunity Reinvestment and Expungement Act (“MORE Act”) would remove marijuana from the Controlled Substance Act altogether, and start addressing the disproportionate consequences of the War on Drugs on disadvantaged communities across America[8].

As Queen Adesuyi, policy coordinator for the National Drug Policy Alliance, put it in an interview with Marijuana Moment, “We need to ensure that the sequencing of federal marijuana bills, especially under House Democratic Leadership, is well thought out and done in a way that centers the millions directly impacted by overenforcement. We want to avoid the banking bill becoming Congress’ only bite at the apple for cannabis reform this session.”[9]

The SAFE Act faces a difficult road ahead in the Senate, where Majority Leader Mitch McConnell has already stated his opposition. Whether the political weight of major financial institutions will be enough to push the bill over the threshold for passage remains to be seen.

[1] The SAFE Banking Act Allowing Banks to Work with Marijuana Firms is Controversial. This is Why, Newsweek, Sep. 27, 2019, https://www.newsweek.com/safe-banking-act-banks-pot-industry-controversial-1461754

With this year’s theme “the Drug War,” Chicago-Kent’s Cannabis Law Society chapter took the opportunity to spotlight the progress the cannabis space is making in moving forward from the harms of the failed Drug War, and how legislators like Rep. Kelly Cassidy are taking steps to ensure those disproportionately harmed by the Drug War have access to new opportunities in cannabis. 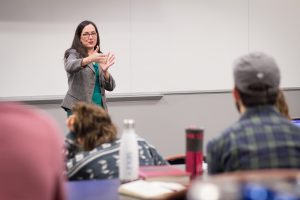 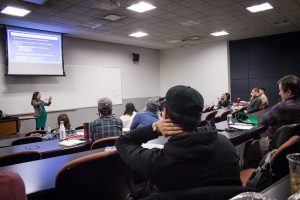 Acreage Holdings was ready and willing to pay CBS the millions it costs to run a 60-second Super Bowl ad.  Following standard procedure, they sent the network a bid on an advertisement for a medical treatment that depicted three patients sharing how their lives have been changed for the better with this medicine.  The only problem?  The medicine is cannabis and CBS has taken the stance that promoting medicinal cannabis, legal as it may be in many parts of the country, is not something they will consider doing at this time.  According to USA Today (January 22, 2019), a CBS spokesperson stated that cannabis ads are not within the company’s current broadcast standards and they will not be accepting any bids for cannabis ads for the big game next Sunday.  This strikeout comes at a time when many cannabis activists continue lobbying efforts nation-wide and as an increasing number of states decriminalize pot and even make it legal for recreational use.

Could this rejection of a medical ad be a setback for the cannabis community at large in its labors to normalize legal pot use?  Only time, and legislation, will tell.

Post by Courtney Prado of The Cannabis Law Society.

Chicago is rich with rising cannabis stars from social activists to CEOs. The Cannabis Law Society’s faculty adviser made the list of the 10 most influential people in Illinois cannabis 2018 for her role as Green Thumb Industries (Ticker: GTI) Chief Compliance Counsel and President/Founder of Illinois Women in Cannabis. You can look forward to hearing her speak at our 2019 events! Along with a handful of others who ranked on this list.

Did you know Joseph Wright, Chicago-Kent Class of 2013, was the first director of the State of Illinois Medical Cannabis Pilot Program?